Somewhere close to lunch on the last teacher workday (LAST TEACHER WORK DAY!!!!), I left to take the dogs to Koko’s Palace, pick up Ysabela and our “personal bags” and head to the airport.  When I refer to “personal bags,” what I really want to say is that we each carried a large tote that held our clothes for the weekend.  My bag even had room for my purse.  That saved me money since there’s a charge for a carry-on or checked bag.  Only a personal bag flies with me free—if it fits under the seat.  We all know clothes can be mushed, and mush we did.  🙂  We made it to the airport with plenty of time to spare.  I was a bit nervous since I had received an email advising me to arrive three hours early for domestic travel due to long security lines.

Bela and I took the red-eye and arrived in Washington, D. C., right before five in the morning.  I will admit to sleeping—and most likely snoring—all the way.  I am not ashamed.  In my defense, I did warn my flight neighbor.  He didn’t have a problem with it.  Bela later informed me that he and I were doing some duet snore harmony.

I had downloaded the Uber app prior to leaving home, so I thought transport would be easily arranged.  HA!  Airport Internet could be a bit better.  After almost half an hour of “loading” on my cell phone, I was done.  My last resort was to call my hostess, Martha.  She was already awake (thankfully) and came to pick us up within the hour.

We were welcomed at the apartment building by Martha’s neighbor, Mr. Ali.  He’s a delightful person who made me a cup of coffee when I was there last year.  Coffee friends are forever friends.  Ysabela and I managed to get settled in enough to take a nap.  Martha set the clock to make sure we’d be ready to get to the venue by the appointed time.

Didn’t I tell you what we were doing there?  Oh, dear!  Sorry about the oversight!  We were there to present student films for the American History Film Project!  I attended last year with one of my students; sadly, none were able to come this year except for my daughter (who also did a film).

This year’s venue was lovely.  The curator at Blenheim was so gracious and generous.  Ysabela and I even got to take a tour of the place before our presentations began!  We were made to feel so welcome that I hated to leave at the end.

It has been so encouraging to see Martha’s dream grow.  There were more films presented (and more states represented) this year than last.  Our in-person audience also doubled!  Local school board members were in attendance, and they took an active part by asking insightful questions after each film.  Ysabela did a fine job, as did the other students.  Several young film makers joined us via Skype to answer questions.  Technology is great!

For more information (and to see the films) head on over to the Facebook page (link below), give it a “like” and do some browsing!  Please share it with your friends as well.  I’ll blog more about it all in a day or two!  Stay tuned! 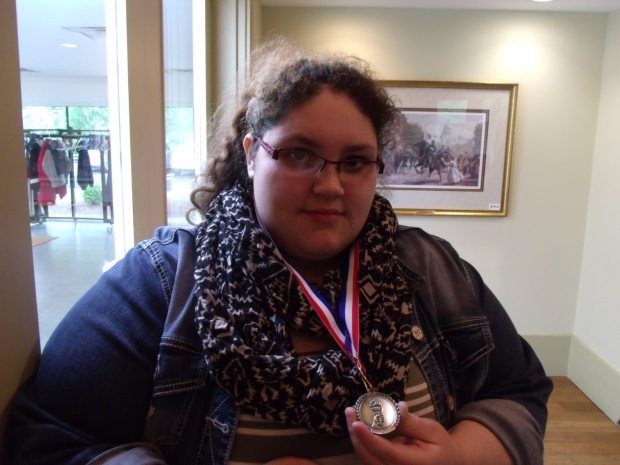